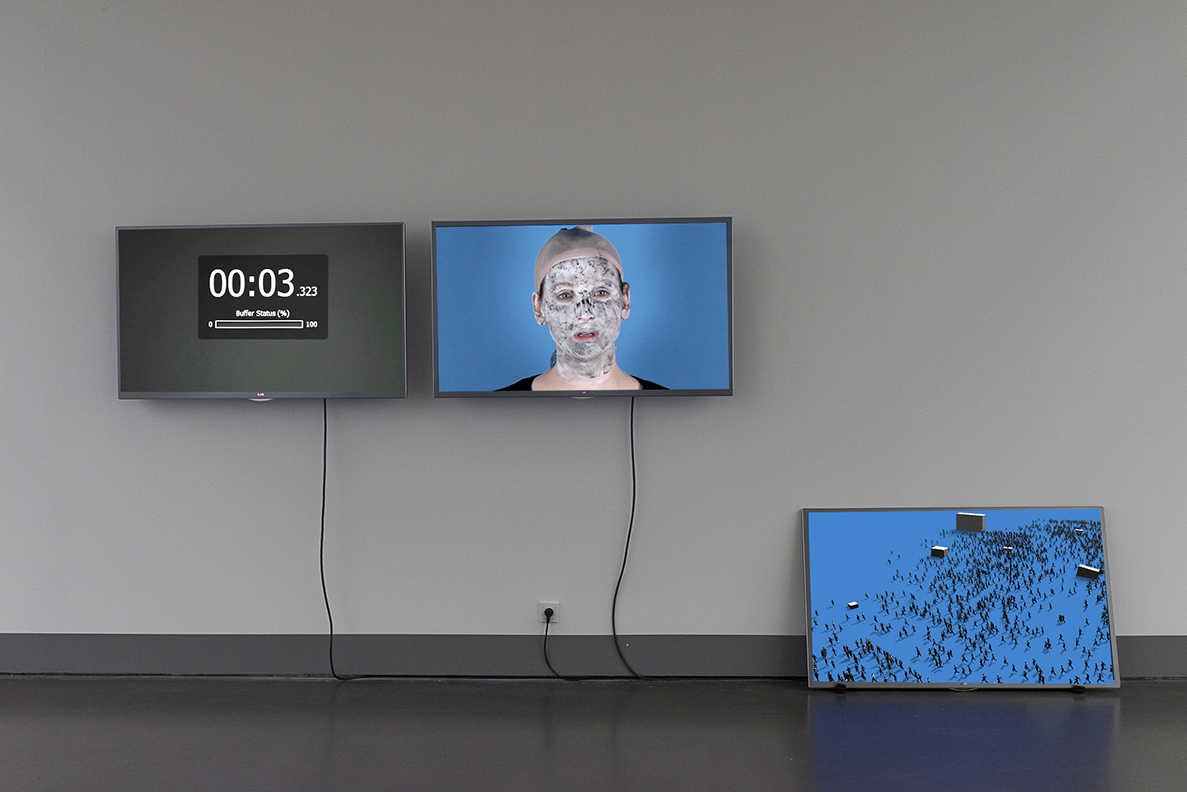 Actors’ movements, voices and facial features are increasingly used as raw material for animated game characters. We obtained permission to film a motion capture session where a big animation outfit were testing a set of new techniques using 3D facial scanning to add layers of ‘realism’ to CGI avatars.

The actors were required to produce a number of expressions so that software could analyze the movement of their facial musculature. These ‘performances’ were devoid of feeling or intention but were ultimately used to create ‘emotionally engaging’ characters that avoid falling into the uncanny valley.

Such animated sequences designed to stimulate ‘intimacy’ contrast with the huge, faceless crowd animations, familiar from battle, riot and disaster scenes in cinema and gaming, that also rely on movements derived from a handful of actors.

Close up and long shot, particularity and anonymity, empathy and violence collapse and interpenetrate in the digital continuum, hinting at new configurations in the real world.